Now in its sixth year, the 2003 Jack Horkheimer Award for Exceptional Service by a young astronomer recognizes outstanding service by League astronomers under the age of 19. The Astronomical League has grown to more than 19,000 members. This year's distinguished judges are all former presidents of the League: Barry Beaman, Orville Brettman and Jim Fox.

The award is generously sponsored by Mr. Jack Horkheimer, the Star Gazer. The award is named in honor of Arthur P. Smith, Jr. Art Smith was the president of the Astronomical League from 1964-66, and he inspired Mr. Horkheimer to become active in astronomy.

It is not too early to be thinking about entering the 2004 competition. Please contact Carroll Iorg, Astronomical League Awards Coordinator (carroll-iorg@kc.rr.com; (816) 444-4878) or refer to the League's web page www.astroleague.org/. The deadline for entries is March 31, 2004.

This year's winners are: 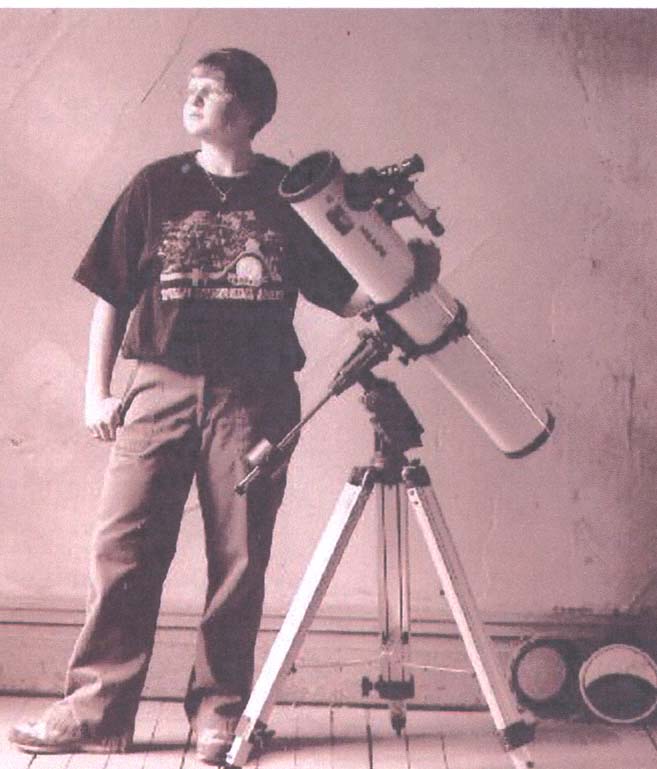 Kayla has been a member of the Spokane Washington Astronomical Society since age 12 and was responsible for much of the success enjoyed by the Club's Young Astronomers group.

She consistently promotes the club and astronomy. She has been involved in such diverse activities as grinding her own six-inch mirror, assisting at club meetings, working at the yearly Star Gaze, helping write the history of the club that was featured in Nostalgia magazine as well as helping with Astronomy Day activities. The local TV station conducted an interview with Kayla after the shuttle Colombia tragedy.

Kayla won fourth place in the Duracell Invention Challenge for a gyroscopic clipboard that would remain motionless in a weightless environment aboard the shuttle. This is an idea that not only could be incorporated into many small items that may need to remain stationary in space but also serves to demonstrate that her goal of space travel is always in her thoughts.

In addition to her astronomical activities, she finds time to work two jobs, participate in team sports, volunteer in her church and work on service and charity projects.

Her stated goal is to become an astronaut and go to Mars. To this end, she has been accepted by her chosen university and plans to earn a double major in Space Studies and Mechanical Engineering. 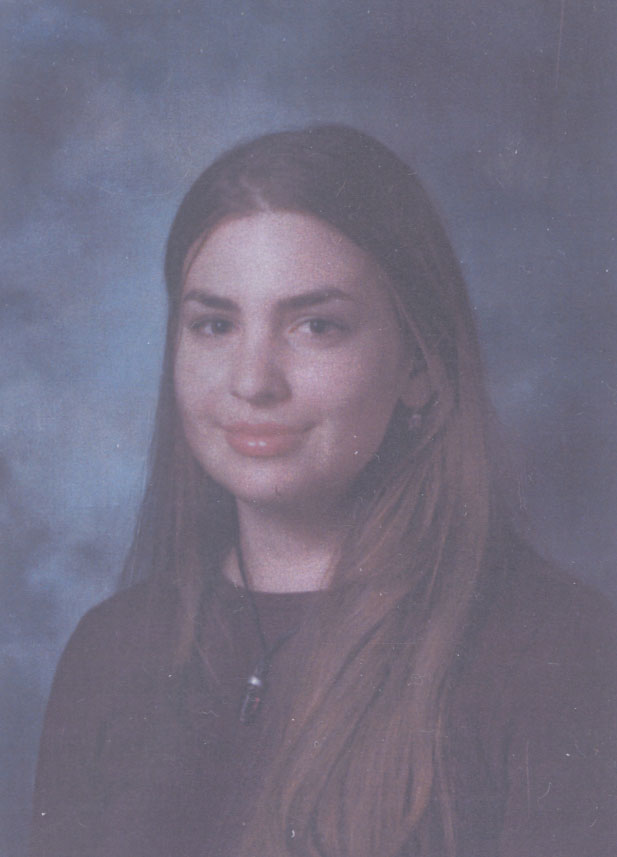 Anna has been a member of the Spokane Astronomical Society since 1999, and has been an active member of the club's Young Amateur Astronomers Group. She not only assists with local science fairs and star parties, but can be counted on to help at all of the club's annual events including Astronomy Day, Star Gaze, and the MDA charity fund raiser. Currently, she is helping to plan the club's upcoming Mars Gaze.

She has been the principal speaker at several of her club's monthly meetings, including presentations taken from her experiences at the Advanced Astronomy Camp in Arizona. As a member of the International Dark-Sky Association, she is a strong advocate for responsible lighting. She has appeared on local TV in regard to this issue, and she has also presented the case for better lighting before the Spokane Planning and Zoning Committee.

Anna has been involved in the Science Olympiad, Science Bowl and Young Women's Summer Science Program.

She owns a 13" Coulter Dobsonian telescope and has been awarded the League's Messier certificate. A unique aspect of this is that she is the only club member who has sketched all of the Messier objects.

Jennifer Barlow, our third place winner, lives in Richmond, Virginia. She just completed her sophomore year at Midlothian High School in Midliothian, Virginia. She is an honor roll student and is working toward a career in astronomy.

Jennifer is the founding officer of the National Dark Sky Week, which has been endorsed by the American Astronomical Society, the Astronomical League and the International Dark-Sky Association. She maintains the website for the NDSW www.nationaldarkskyweek.html/planet.com. Jennifer explains the main reason why she began NDSW, "It is my wish that everyone may see the wonder and feel the awe that our ancestors felt long ago when they looked up at the night sky." She wrote an outstanding press release in conjunction with the NDSW that has been distributed internationally.

In addition to all of her other activities, she has taught astronomy to Junior Girl Scouts in the Richmond area. Jennifer is a member of the Richmond Astronomical Society and enjoys stargazing through her refractor telescope