The Jack Horkheimer Award for Exceptional Service by a young astronomer recognizes outstanding service by League astronomers under the age of 19. The Astronomical League has grown to 20,000 members. Once again this year, we had the service of three outstanding judges, all former presidents of the Astronomical League. They are: Barry Beaman, Orville Brettman and Jim Fox.

Now in its seventh year, this award is generously sponsored by Mr. Jack Horkheimer, the Star Gazer. The award is named in honor of Arthur P. Smith, Jr. Art Smith was the president of the Astronomical League from 1964-66, and he inspired Mr. Horkheimer to become active in astronomy. The 1st place winner will receive a trip to the League's 2004 Convention in Berkeley, California and a check for $1,000. All finalists receive complimentary memberships in the International Dark-Sky Association

Also, we would like to extend our special thanks to Celestron, Inc. for providing our first place winner with one of their company's fine computerized refractors, the NexStar80GT.

Spread the word about this award in your astronomy club and schools! There are thousands of talented young astronomers across the country who are eligible to apply for this award. For an application or general information about the 2005 competition, please contact Mr.Carroll Iorg, Astronomical League Awards Coordinator (carroll-iorg@kc.rr.com; (816) 444-4878) or download a nomination form. The deadline for entries is March 31, 2005.

This year's winners are:

Our 1st place winner, Anna Czoski, just completed her senior year at Shadle Park High School in her hometown of Spokane, Washington. In 2003, she was the 2nd place finisher for this award. 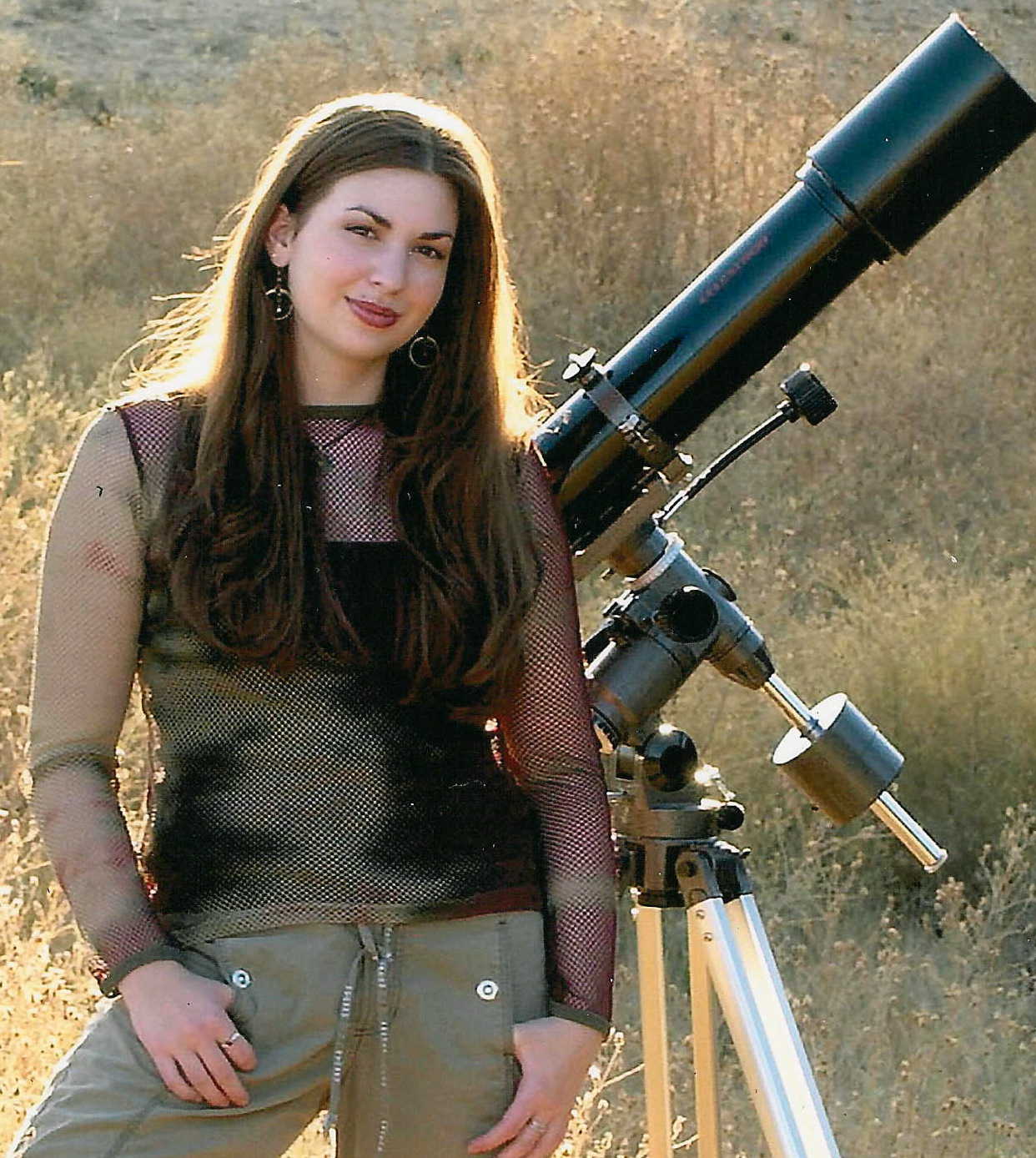 Anna has been a member of the Spokane Astronomical Society since 1999, and has been an active member of the club's Young Amateur Astronomers Group. She not only assists at local science fairs and star parties, but has helped with club activities such as Astronomy Day, StarGaze and the MDA charity fund-raiser. She is currently helping to plan a science program for the Girl Scouts. This activity entitled "Expanding Your Horizons" is intended to get girls excited about careers in math, science and technology.

Her Young Amateur Astronomers Group, along with many other projects, built an electronic game called the "Celestial Match Game" that has been a big hit when taken to local schools. The students enjoy playing it, and it makes learning the constellations fun.
Anna has made several presentations at her local club meetings, including a presentation of her outstanding experiences at Advanced Astronomy Camp in Arizona. As a member of the International Dark Sky Association (IDA), she has been an advocate for dark skies. She has addressed this issue on her local FOX-TV affiliate, and has appeared at Spokane Planning and Zoning Committee meetings in support of this effort. Other special experiences include graduation from the 1st and 2nd years of the Future Astronaut training Program at the Kansas Cosmosphere Space Museum and a VIP visit to the Johnson Space Center in Houston, Texas.

Anna is an active observer. She owns a 13" Coulter Dobsonian telescope and has been awarded the League's Messier certificate. A unique aspect of this is that she is the only one of her club members who has sketched all of the Messier objects.

Anna was selected to assist Dr. Guy Worthey from Washington State University with a project involving the study of planetary migration. She has also been involved in the Science Olympiad, Science Bowl and Young Women's Summer Science Program as well as numerous other activities. 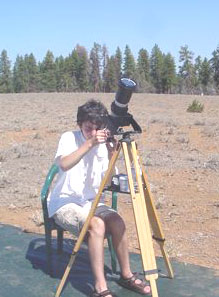 This year's 2nd place Horkheimer winner has been active in his local club, the Rose City Astronomers. He is a regular participant in its Astrophysics and Cosmology Special Interest Group. One of the more noteworthy contributions to this group was his research entitled "Galaxy Simulations" which explored the observations of galaxies in radio and optical light performed in the twentieth century.

As part of his project, Alan revisited the Harlow Shapley and Heber Curtis debate regarding whether observed fuzzy "spiral nebulae," which are now known as galaxies, exist either in our Milky Way or beyond it.

He is a 2004 graduate of Jesuit High School in Portland Oregon. In addition to his many volunteer activities with his own club, he has also volunteered at the annual Oregon Star Party for the past several years.