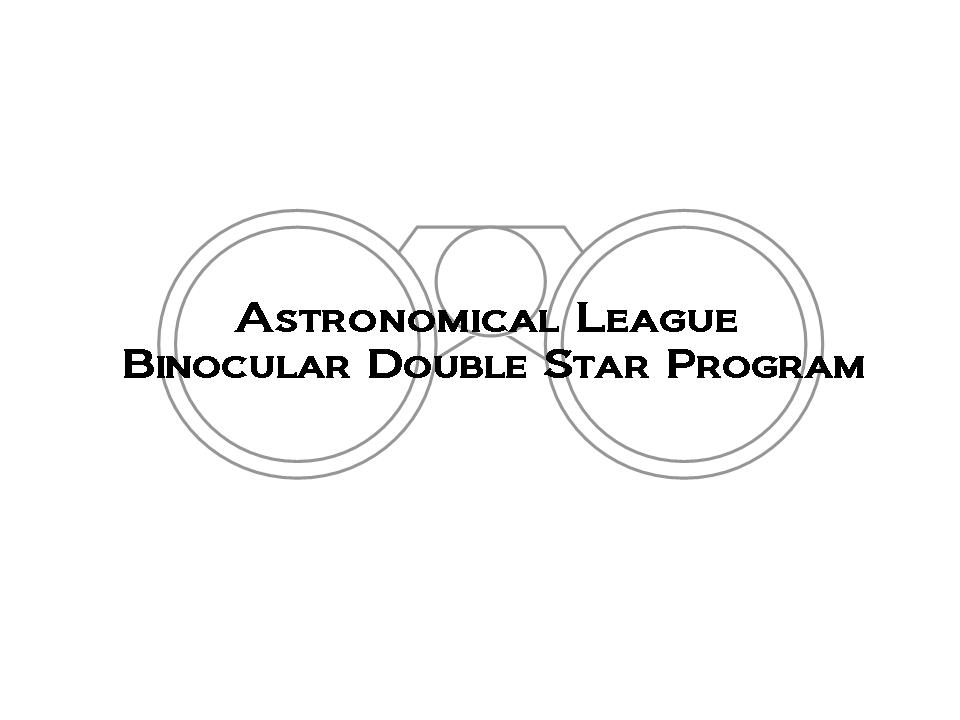 Appendix B: Observing Double Stars with Binoculars and the Naked Eye

Our objective in observing double stars is to view each member star as an individual sun and in relationship to its visible companions in the system. How well we accomplish this will depend on our eyesight, the conditions of the sky and the optical capabilities of our binocular in terms of its ability to magnify and the size of its aperture or objective lenses. For example, a 7x50 binocular has a fixed magnification of seven, and its aperture of 50 mm (2 inches) determines the ability of the instrument to resolve fine detail. As applies to double stars, this resolution governs how close stars can be to one another and still be seen individually. When double stars are seen individually, they are said to be split.

The magnitudes of stars in a double star system can vary in luminosity from those which can be detected with the naked eye to those which are too faint to be seen in binoculars, or even in telescopes. Our eyes can most easily discern groupings of moderately bright stars of similar magnitude with fairly wide separations, and many of the pairs on the list can be split with the naked eye. The greater the differences in magnitude of the stars, and the closer they are to one another, the more difficult it will be to resolve them as individual stars. For instance, stars that are both around 4th magnitude and 70” (arc seconds) apart may be easier to split than a star of 4th magnitude and another of 6th magnitude 70” apart. The reason for this is our eyes have a harder time compensating for the differences in luminosities, thereby limiting our ability to resolve them.

Our eyes function differently under reduced lighting conditions, and optimum night time vision depends on their proper adaptation to darkness. This may take a half hour or longer as our pupils open to reach their fullest possible diameter and chemical processes within the retina maximize our sensitivity to low light levels. Optimum dark adaption will result in detection of fainter stars and splitting of closer separations, and the use of averted vision, not looking directly at an object, will often reveal faint companion stars. If a star is not sighted right away, be patient and continue looking. In many cases, your eyes will further dark adapt and/or the seeing will improve and you will be rewarded by glimpsing your target, if only momentarily.

Prior to each observing session, it is critical that our binocular be properly adjusted. Begin by checking that the interpupillary distance between the two sets of optics is correctly set so the night sky is viewed within a perfectly circular field. And because each eye sees differently, it is essential we take the time to assure precise focus of each binocular optic individually. Unlike nebulae and galaxies, stars are point sources, and we want to view them at their sharpest, not as fuzzy disks. Stars whose images are fuzzy may not show separation. A nebula may be somewhat forgiving of an out-of-focus optic, but double stars will not be.

Another crucially important element is an observer’s ability to hold the binocular steady. The heavier the binocular, the more difficult it will be to hold without shaking, again resulting in blurry images. Lack of steadiness means fainter stars will not be seen and closer pairs will not be split. In general, instruments up to 10x50 are suitable for most people to comfortably hand hold for a reasonable period of time. Even then, for some close pairs, finding a means of temporarily supporting the arms, such as a lawn chair or leaning against a car, may make the difference between splitting or not splitting a double. Under excellent seeing conditions, a firmly handheld 7x50 binocular should detect stars down to about 9th magnitude and split a pair of stars of relatively equal magnitude to a separation of 60” or a little less. A handheld 10x50 binocular can detect stars down to 9.5 or a bit fainter. As emphasized earlier, the greater the difference in magnitudes, the more difficult it may be to split the pair. Optical quality of the instrument is also a key factor. Commonly, different observers experience different results.

A larger, heavier binocular will benefit from being permanently mounted. Image stabilized binoculars are an excellent solution to some of the above mentioned problems. For completion of the Binocular Double Star Program, you may use whatever binocular or combination of binoculars suits you. A binoviewer used on a telescope does not qualify.

The Binocular Double Star Program also requires that you observe an identical five doubles with your naked eyes as well as a binocular and compare what you see. Not surprisingly, when it comes to naked eye observation of stars and the splitting of double stars, there is divergence between the theoretical ability of what the human eye should resolve and what real human eyes commonly do resolve. However, under dark skies most naked eye observers should be able to detect stars at least to 6th magnitude and split stars beginning at around 200” where those stars are of fairly equal luminosity.

The observing list provides numerous star groupings that fall into the naked eye category, including the famed pair, the “horse and rider” Alcor and Mizar, in the Big Dipper asterism at 706”of separation. See Appendix C: Rules and Requirements for more information about making naked eye observations.

If you are new to observing double stars with a binocular, you may want to begin with a varied selection of pairs to test your ability to observe doubles under varying circumstances. Expect to split fainter and closer pairs the more double stars you observe and your skill level improves over time. And as is true of observing in general, the best results will be achieved with patience, practice and familiarization with your instrument and its capabilities.