Welcome to the Mars Observing Program of the Astronomical League. Participation in this program will enhance your observing skills, and upon its completion you will have contributed scientific observations which will be available to those who can use them for scientific analysis. Mars is fascinating to observe, and the sense of personal accomplishment in observing it can be great.

The period from one opposition to the next is called an apparition, and the apparition is usually named by the year in which the opposition occurs. For example, the “2018 apparition” lasts from July 2017 to September 2019. 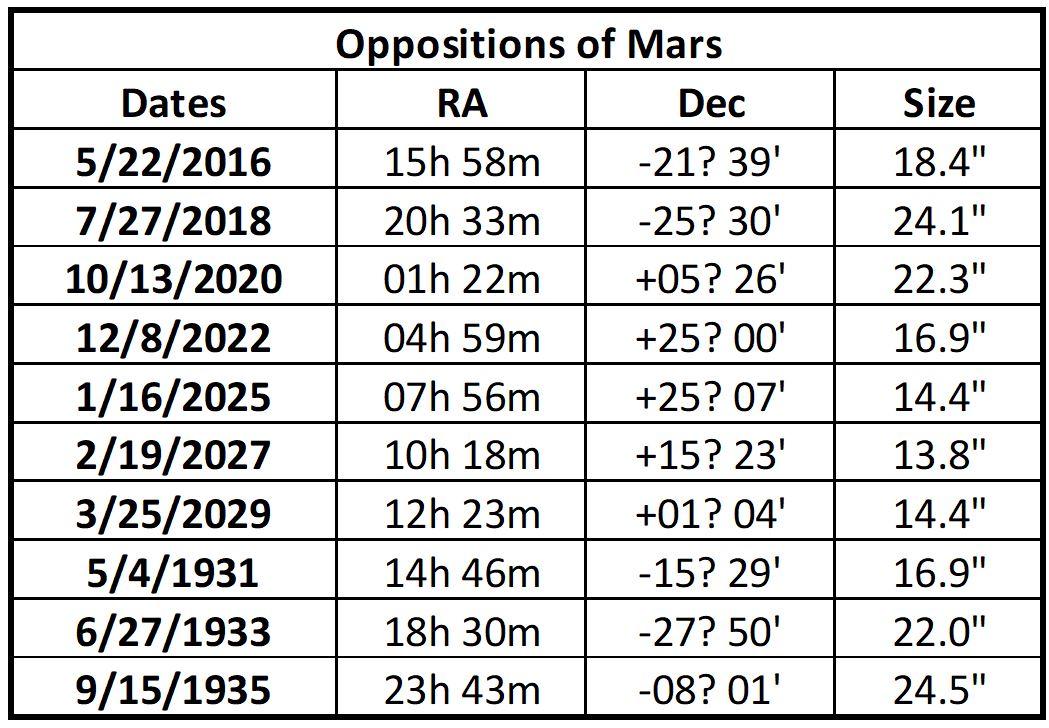 Mars invites everyone to study it, but to receive this observing award you must be a member of the Astronomical League, either through membership in an affiliated astronomical society or a Member at Large.

Observations that the amateur astronomer can pursue are needed in order to improve our understanding of Mars. By completing these award requirements, an astronomer will have contributed meaningfully to the ongoing monitoring of the Red Planet in which the A.L.P.O. is involved. To satisfy the requirements of this Observing Program, participants must make observations spread among each of these three areas of study:

For example, the shrinkage of either polar cap over a number of months might be missed  if one does not plan to observe during the part of the apparition during which it occurs. The side of Mars facing you will be displayed in a number of different planetarium (star chart) programs for your computer or smart phone. Alternatively, you can use the “Mars Profiler” on the Sky & Telescope website: from the home page, click on “OBSERVING” in the heading, and in the drop-down list choose “INTERACTIVE TOOLS.” In the resulting detailed menu, scroll down until you find “Mars Profiler.” Or, just go to: http://www.skyandtelescope.com/observing/interactive-sky-watching-tools/mars-which-side-is-visible/ .

After you have competed the required observations they should be scanned or copied.  The copies should be sent to the Coordinator of the Mars Section of A.L.P.O. as well as the Astronomical League Mars Observing Program Coordinator.  Do NOT send the original logs, they will not be returned.  The certificate and pin will be sent once the information is verified.

The submission should include a completed Submission Form - in PDF Version, and in Word Version. 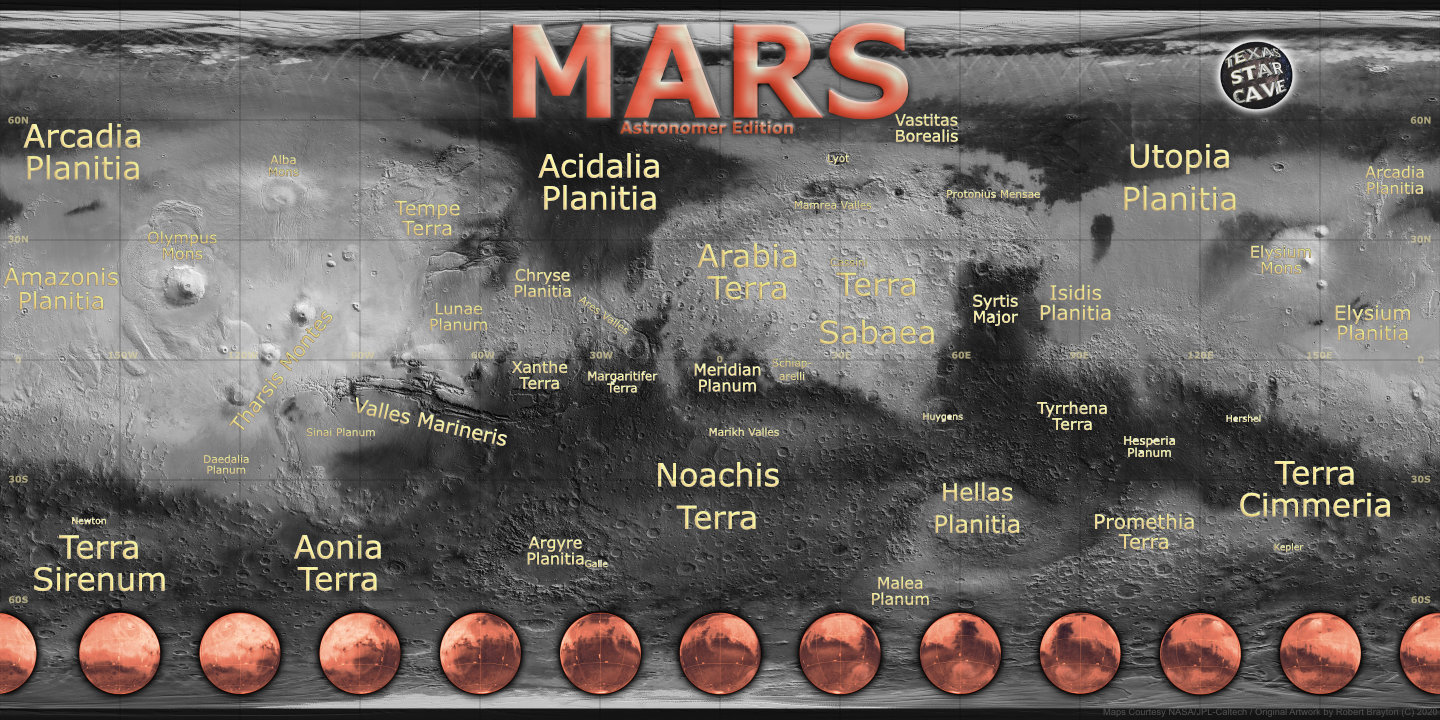 Looking for more Information and Opportunities?